You’ve probably heard about the various cooking oils, and the different benefits they all offer. From Olive Oil to Coconut Oil, some are better than others, they say. Many have been named, but which is actually the best for you? Find out with us as we go through a variety of cooking oils!

Although this oil has been linked to preventing heart disease, it unfortunately has some undesired effects as well. Here are some pros and cons you should consider the next time you’re frying!

PROS + The oil itself contains high quantities of omega 3 fatty acids (polyunsaturated fats which are good for us). It’s also prized, because it is well balanced in bad fats.

CONS – Canola Oil has been linked to certain health issues, namely, lung cancer. This is due to its potential to produce carcinogenic toxins. When frying at high temperatures, this oil does not hold its biologic structure, which results in damage to the cells.

Olive oil is one of the most popular oils used, on top of this, it is also recognized as one of the healthiest options when it comes to frying.

CONS – Similar to Canola Oil, Olive Oil hits a roadblock when heated to high temperatures. The composition of this oil can be disturbed, leading to biological imbalance and possible production of harsh toxins. 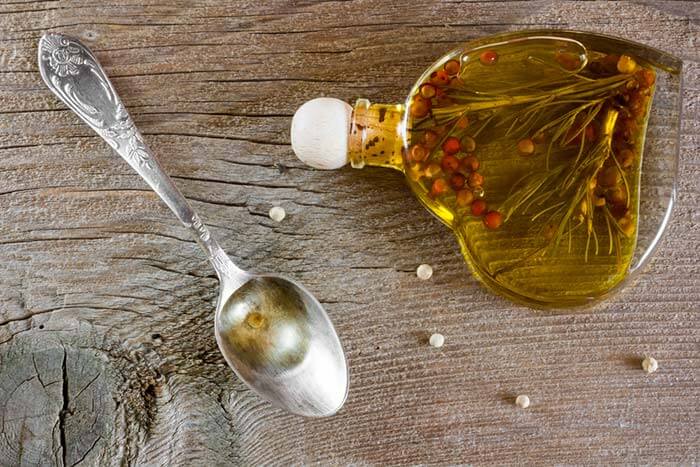 This oil seems to be controversial for nutritionists – some say it’s good while others argue strongly for the other side. Here’s a more information on soybean oil so you can decide for yourself on which side of the spectrum you stand.

PROS + Soybean Oil has gotten a lot of recognition for being jam-packed with Omega 3’s, polysaturated fatty acids, and Vitamin E.

CONS -Similar to canola oil and olive oil, soybean oil does not react well to exposure to high heat. Once it goes past its smoke point, this oil produces a toxin that has undesirable health effects. Soybean oil also has very high levels of Omega 6 fatty acids, which have been linked to a plethora of chronic health diseases. Many nutritionists argue that we already have an excess of Omega 6 in our diets due to our consumption of processed foods.

*Recommended uses: After all the pros and cons I read, I would choose to skip this oil. It is very high in omega 6, which we already have an excessive amount in our diets, and it does not withhold to heat very well. I feel like there are better alternatives.

Coconut oil was originally shunned for being calorically dense, but due to recent research, coconut oil is becoming very popular.

PROS + Coconut Oil is abundant in lauric acid, a type of saturated fatty acids that increases HDL. HDL is our “good” cholesterol. Coconut oil also contains medium-chain triglycerides, which are used by our bodies for energy.

PROS + Unlike almost all other oils, coconut oil is able to withstand high temperatures without being biologically damaged. For this reason, it is one of the best oils for cooking. Not only do you not have to worry about carciogenic toxins, but it also adds flavor to your dishes! Be sure to use organic extra-virgin coconut oil when available.

CONS – Coconut oil is calorically dense. If you are trying to lose weight, maybe coconut oil should only be used in moderation. Another option would be to switch over to coconut butter. While coconut butter also contains oils, these come from the entire coconut, including the fibers. For this reason you can still get away with using coconut materials when cooking.

So who takes the cake?

After researching these different oils I would personally adopt coconut into my diet, I plan on using coconut oil for all high temperature cooking, but I’ll probably stick to non-gmo canola for baking and olive oil for any low temperature cooking or salads and such.

Something I realized when researching cooking oils, is that there is so much conflicting information out there. It’s really unfair to the reader, but the only way to fix this is by getting our noses in there and start digging. It may take more time and effort, but it’s worth it because we will know exactly what we’re putting into our bodies.

Have fun cooking! Share with us any tips you have for cooking oils.